BIM for General Contractors - Looking Beyond the Economic Benefits 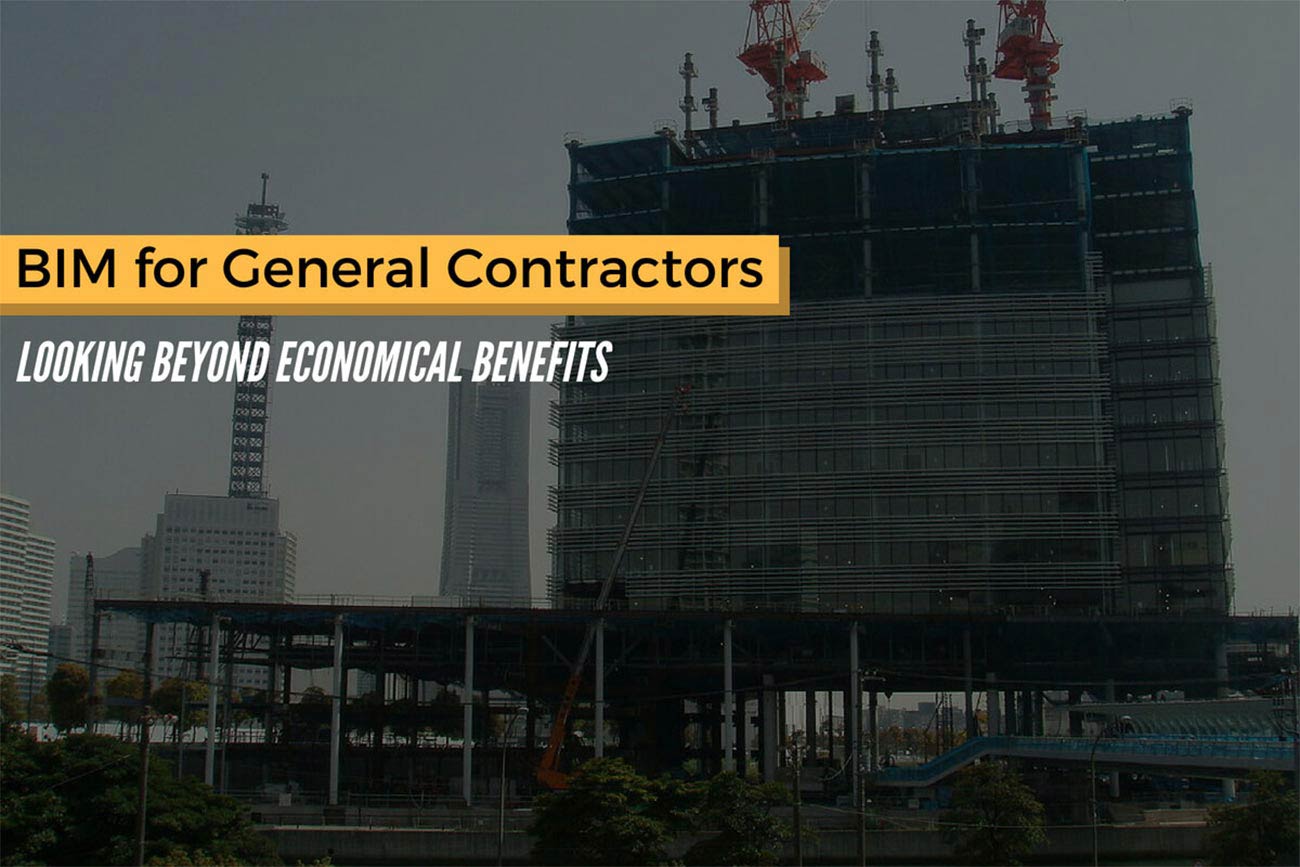 Though BIM has not taken a full pace currently, it has made its way enough to yield efficient construction projects. The real deal, however, is when the data is revealed of how much the technology has been proven to be beneficial to the industry.

Unfortunately, not much has been changed since the inception of BIM tech. This is primarily due to the challenges involved in making a paradigm shift in the practice of firms involved in the building construction project.

Yes, the BIM workflow is difficult to incorporate initially, but once taken into the stride, it proves to not only deliver the projects qualitatively but even in quantity. The numbers multiply and so does the income.

So the question boils down to why the construction sector is lagging behind though the industry is at the disposal of technological manipulation for its better outcome. What is it that is holding back the industry to take its full pace?

For the contractors, it will be easier to maintain a workflow on site and off site as well.

The reasons can be;

These are to name a few, but there would be many. So, how can we eliminate these issues and make sure that the project is completed and constructed without losing time in addressing such minor challenges rather than allowing to pile up to become one huge setback?

The very first logical option is to incorporate BIM workflows. Taking it aboard will dramatically eliminate issues of collaboration and coordination as the BIM process itself is crafted to address these issues. The 4th and 5th dimension of BIM is to manage the time and cost of projects.

In result of which;

To extract all these benefits the general contractors may want to consider the option of hiring a BIM outsourcing firm which will handle the management teams as well. It will make sure that the schedules are been met.

The seamless process takes place and above all the Cloud Data collection is taken care of, which cuts the cost in a large amount. Improved coordination between contractors and sub-contractors can be made possible due to BIM, as it virtually constructs the data needed to carry forward complex projects even before the constructions starts, thus eliminating even the minute possibility of a misunderstanding between the two parties.

It seems as if the factors which are responsible for bringing in the lag in the construction industry are by and large addressed with the help of BIM. The only challenge which remains now is the shift in the mindset of the construction firms for accepting the potential of Building Information Modeling (BIM) and fusing it with current workflows for the better of it.